With our bedroom and guest room finished, we were finally in a position to put our plans for the third bedroom into action. We decided fairly early on that we wouldn’t be using it as a bedroom, firstly as we didn’t require a third one and secondly as it seemed a shame to waste a room with such an unusual shape.In comparison to the other two bedrooms, this one is really long and narrow. As with the majority of the rooms in the house however, there was hardly anything in it to start with – to be precise, green curtains, lilac carpet and a stripy feature wall. 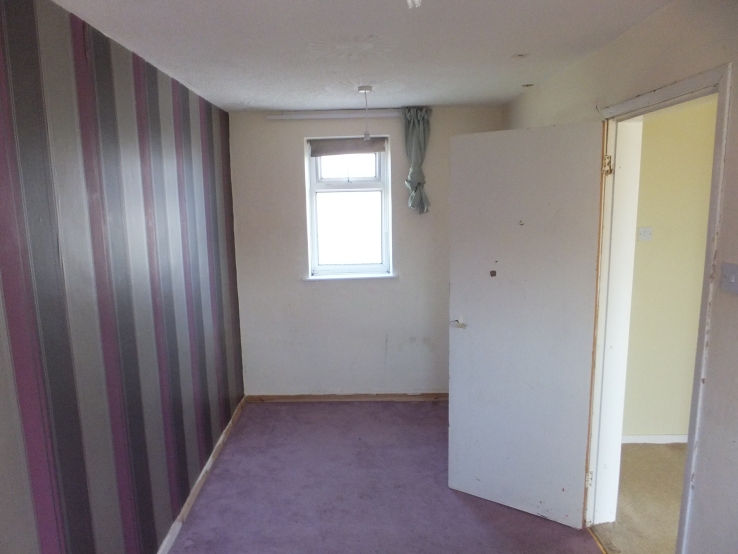 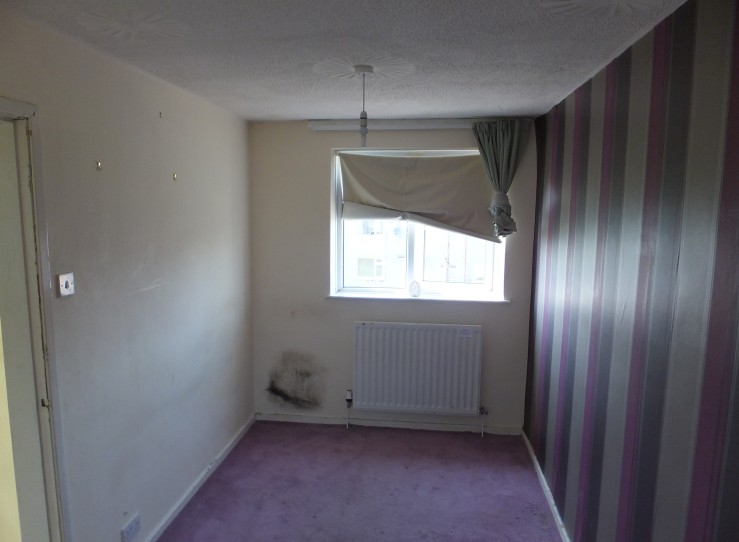 After toying with several different ideas for the room, we eventually decided to turn it into an study and to split it into two separate halves in order to give us more scope to work with. We agreed that the right hand side would have a TV, a sofa and plenty of storage for all of our paperwork, and that the left hand side would be an office with a desktop, drawers and shelving.

After painting the walls and getting a new carpet, my uncle Darren sorted our new spot lights. Furniture wise, we bought a white office package and a sofa from IKEA. We added blinds and a mirror.. and then our study was done and dusted.